Okay, the title is a bit of a pun in that there wasn’t any actual legging involved on a recent trip along part of Staffordshire and Worcestershire and Shropshire canals. But I did do a lot (really, a lot) of walking over the 3 days we spent moving the Mikron Theatre narrowboat Tyselsey, from Stourport Basins up to Gnosall. I’m on the council of management for the theatre company and mostly I offer woolly advice about marketing but sometimes I’m actually useful and help move the boat when the touring actors (who are also the crew) have to use the van to get to some venues.

So I was one of a crew of four moving Tyesley over a long weekend. The skipper was Artistic Director, Marianne (seen in some of the photos) and the other two crew were fellow ‘board’ member Ali and also the very knowledgable John, a long term Friend Of Mikron.

According the Canal planner (http://canalplan.eu/) website the stats for the trip were:
38 miles, 5¼ furlongs  and we negotiated 31 locks, 9 small aqueducts or underbridges and 3 tunnels. 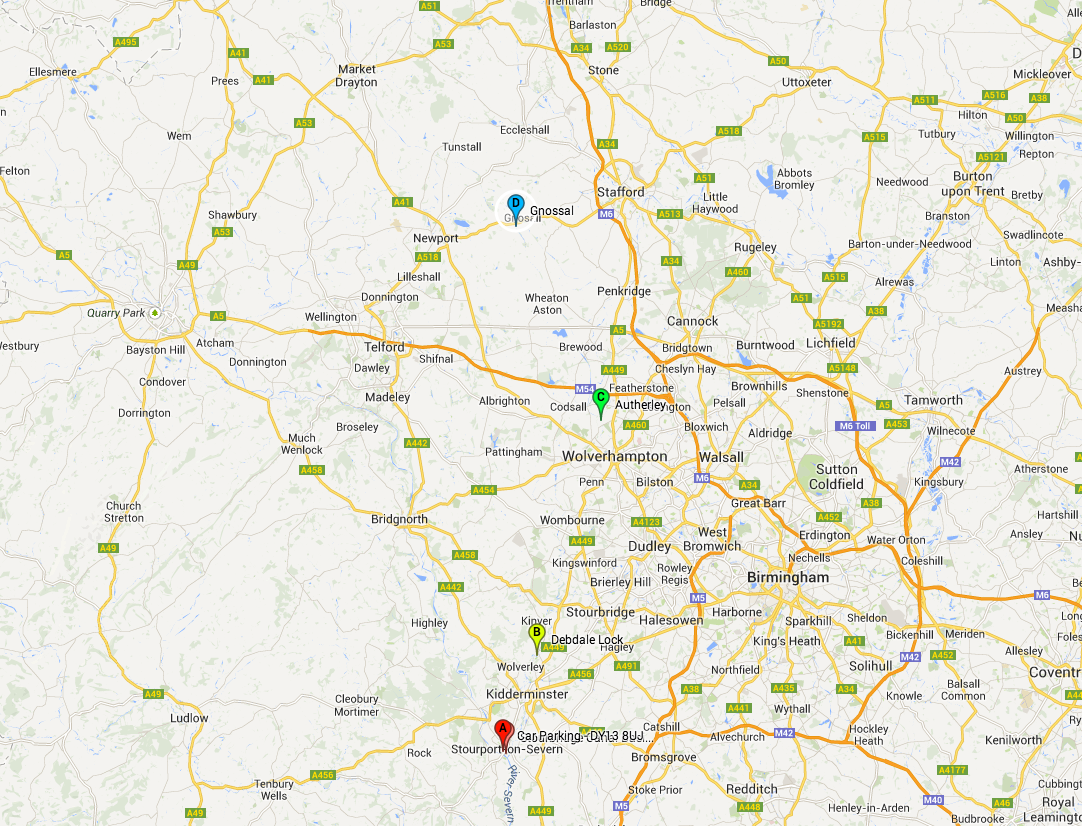 As I’m a relatively novice boatsman (although I’ve crewed Tyelsey 3 times now and also one other narrowboat in the past) I spent most of my time on lock duty. And several sections of the trip meant it made sense staying on the towpath and walking between locks. I think I probably covered about 15 of those 38 miles or so on foot.

So it wasn’t a hike as such but this kind of urban / industrial heritage ribbon walk is something I like (bit like the recent Ridgeway walk I thought, in some ways). And the distance I walked tipped it past the walk / stroll category (I’m making up gradings now) into a bit of a hike-like experience.

You get a slice of british life walking any distance along a towpath, from fields to the delivery bays of supermarkets, from graffiti-d underpasses to beautiful gardens with private moorings. From immaculate traditionally painted narrowboats to the more gothy / hobgoblin type versions with loads of wood on top ready for the winter stove (I like both styles as it happens).  Some boats are obviously in transit and just moored up for the day  and others have garden-like moorings with allotments and sheds next to their floating home. Jealous, moi?

So here are some photos of my canal-side hike . Mostly shots of the boats themselves and not a hill to be seen 🙂

2 thoughts on “Legging it along the canal – a towpath Hike”